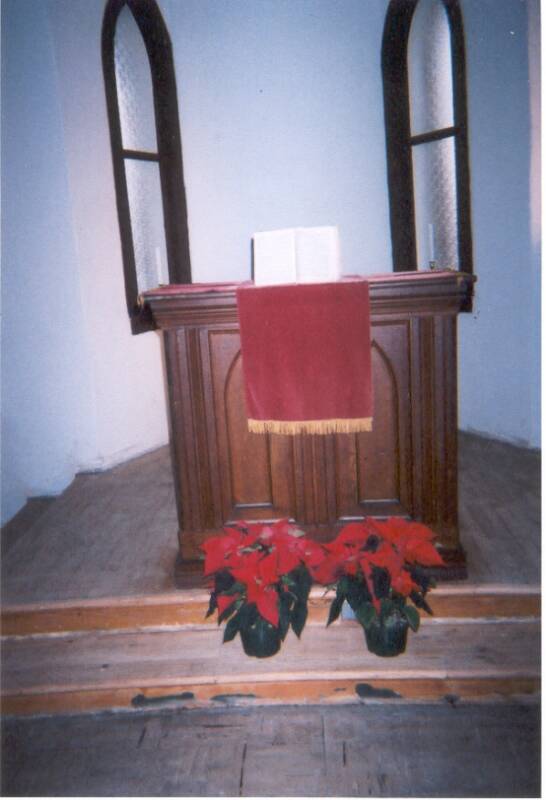 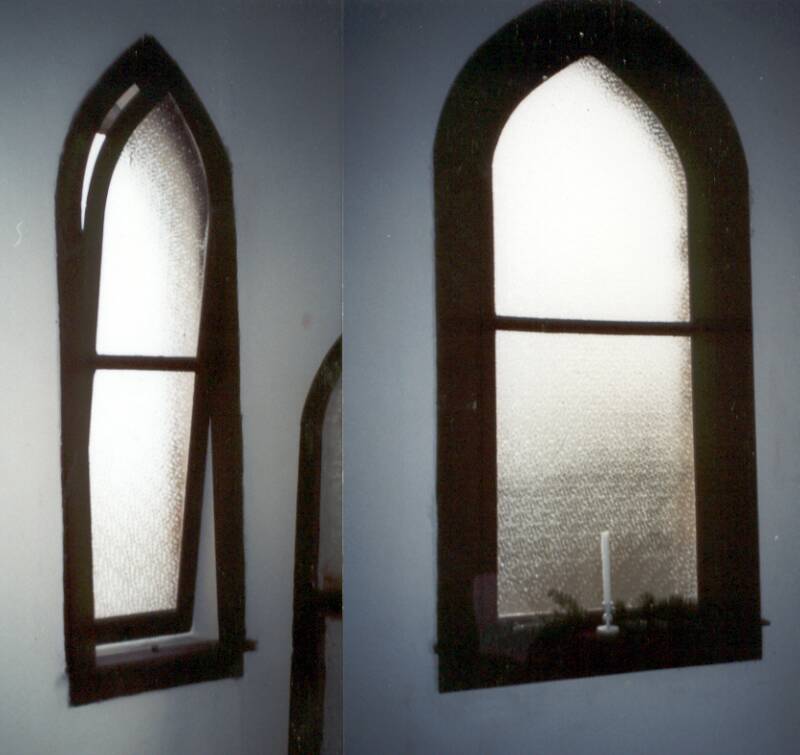 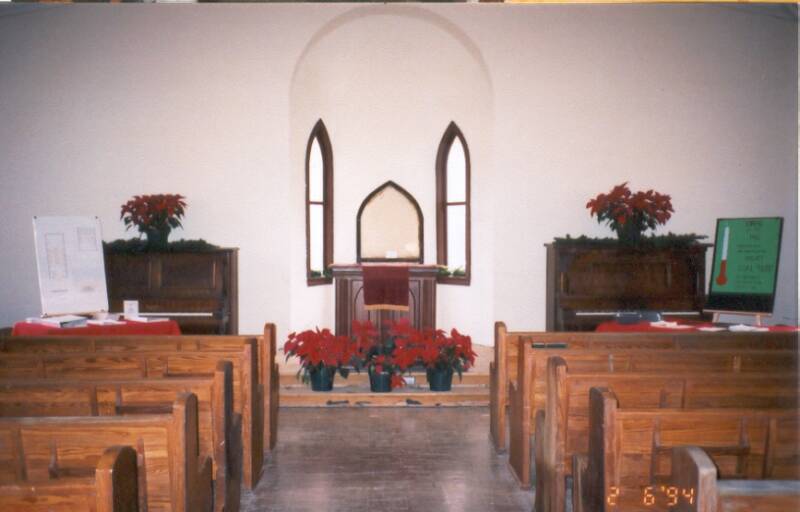 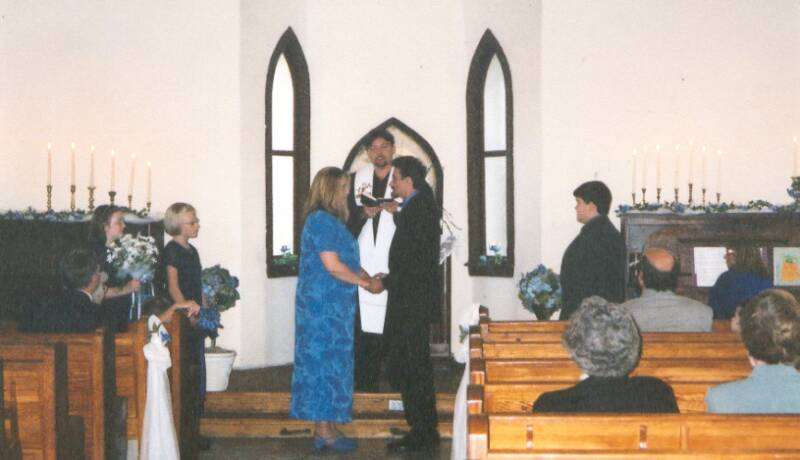 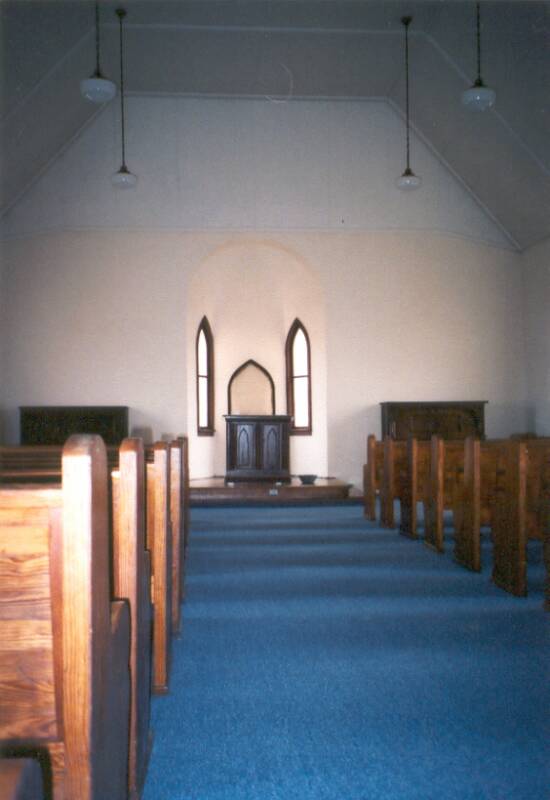 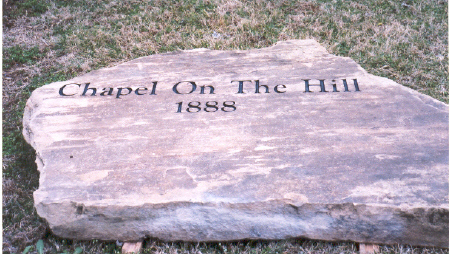 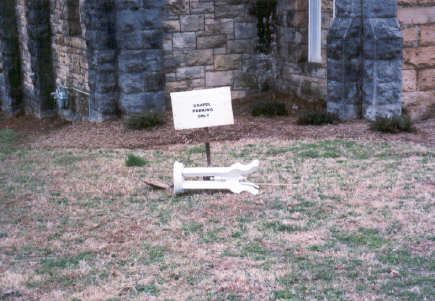 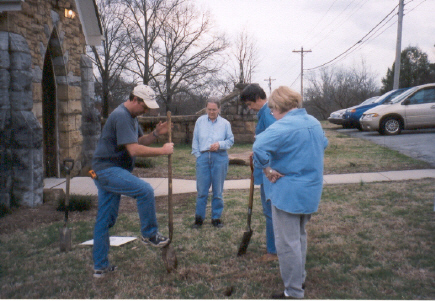 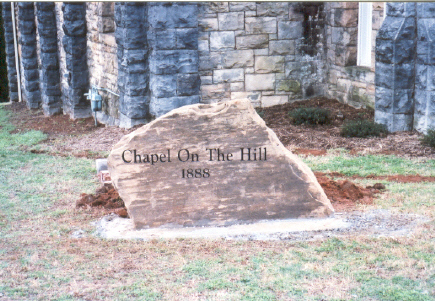 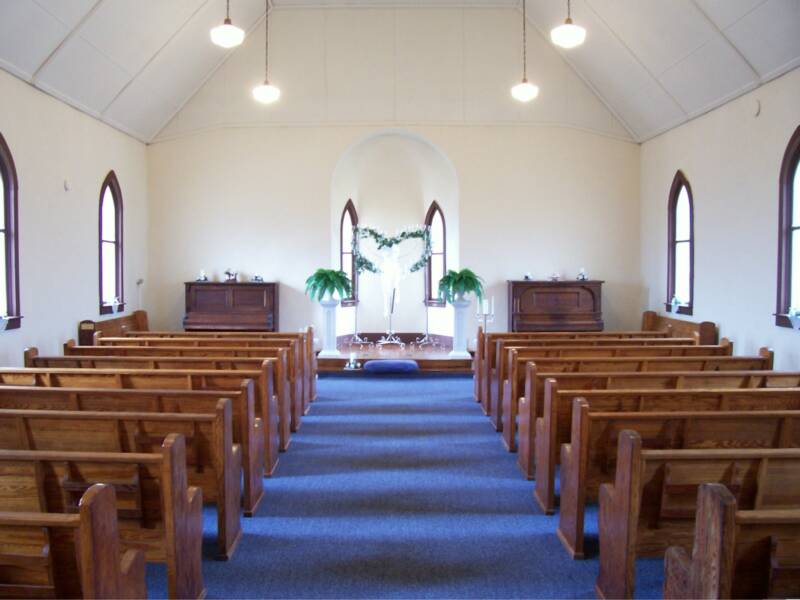 Above is a full view of the Chapel prior to the Birdwell wedding January 21, 2006.
Photograph by Dennis Lambert 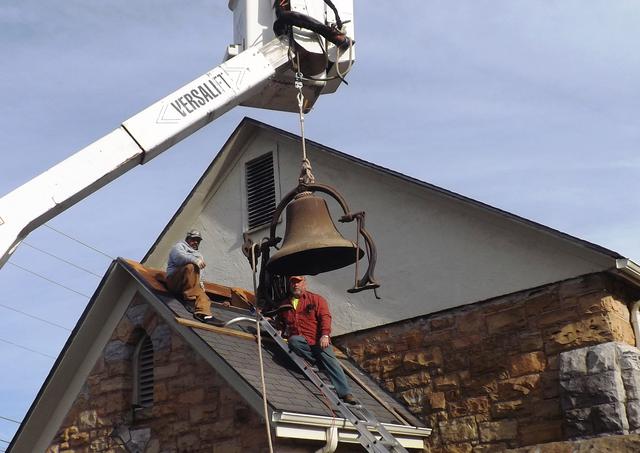 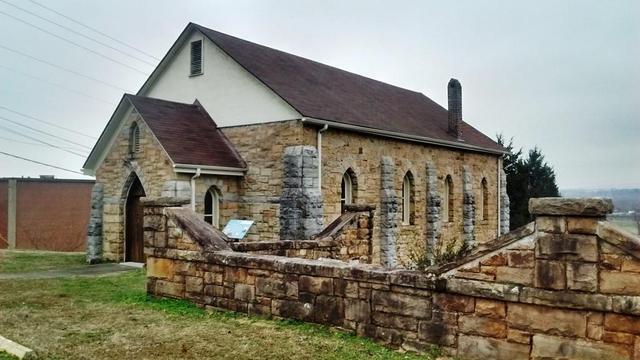 In this photograph made by Bob Hookey on January 15, 2016, you can see the old chapel bell being removed through the roof by the City of South Pittsburg Street Department and Caps Roofing. The old bell, which had its rocking wheel burned off in the 1954 fire that destroyed the original Chapel roof and steepel, was removed at our Society's request so that we can restore it and build a stand for it.  We plan to dedicate it to a late member of our group who was instrumental in getting the chapel restored.
This photograph was made by Dennis Lambert on January 21, 2016 and shows the new roof we had installed on the chapel after contracting with Caps Roofing to do the work. The previous roof was showing signs of aging and it was decided to replace it before it had a chance to start leaking.